This Problem Article describes issues you may encounter when moving label design from one computer to another, upgrading to the newer version of the software or changing printer.

When moving a label template from one computer to another computer, frequently, you will discover that the label design does not look or behave the same as when it was on the old computer.  Here are some common reasons:

This is a fairly common issue. The easiest way to remedy this problem is to export all of the fonts from the old computer and install them on the new computer. If prompted to overwrite exiting fonts, say no.

If you are using CODESOFT, LABELVIEW or LABEL MATRIX from Teklynx, you need to be aware that there are printers that are available only from inside the software (i.e. embedded drivers). In TEKLYNX labeling software, these printers are denoted with a printer icon in front of their names. For the purpose of this article, we will refer to these printer as TEKLYNX Printers. 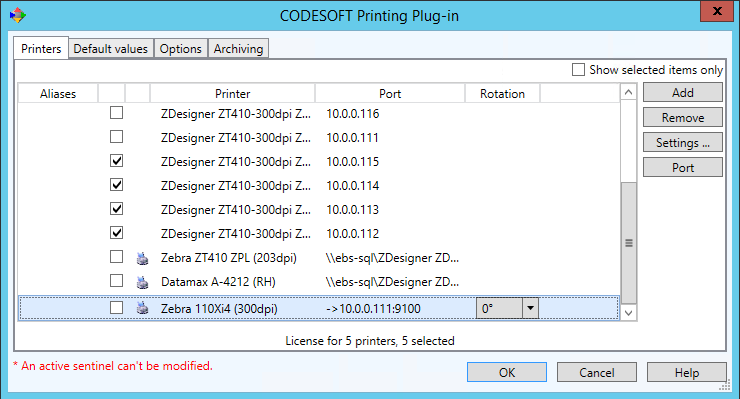 Both Windows and embedded drivers offer their own unique benefits. One may or may not be superior to the other in a given circumstansce. However, changing from one to the other, even for the same printer, is likely to change how the label looks and prints. We recommend sticking with one or the other driver type (i.e. Windows or embedded)and not making a change during an upgrade or migration process.

When you move your software to a different computer, chances are that your are doing this to upgrade the software and/or the computer operating system. With a newer operating system, the Windows printer driver for your printer may be different version than the one used on the old computer. If you are upgrading the labeling software and using embedded drivers (e.g. TEKLYNX Printers) the embedded driver version may be different as well. It is unlikely that a different driver version will change the label appearance. However, it is possible and a different driver version is something that should be taken into account when troubleshooting. 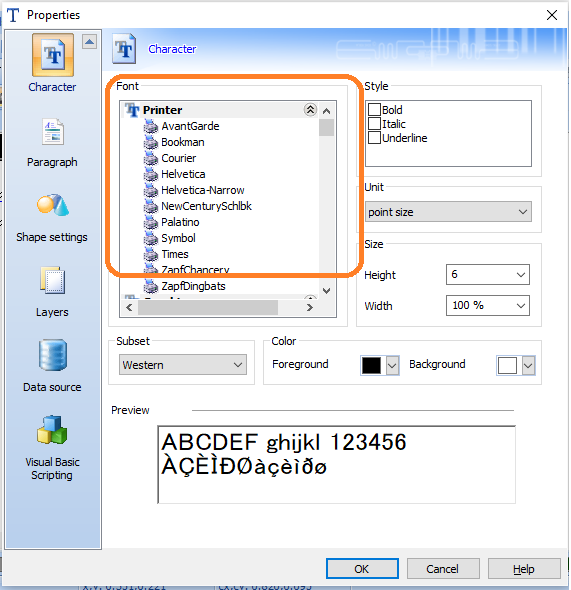 In TEKLYNX labeling software, use of printer fonts is indicated by a small printer icon next to the printer font name.

It is critical that the driver settings are consistent from old system to the new one for the labels to print the same. This is especially true when using Windows print drivers. Simple settings that may go back to default when installing the Windows drivers on the new system or installing new embedded drivers include:

Some settings are less obvious but still can give a major impact on the label. Once example is when the design has several objects overlaying each other or has reverse printing (white on black). Special settings in the printer driver are required for the label to display and print correctly.  This is an example: http://support.efficientbi.com/knowledge-base/overlapping-overlaid-objects-black-background-not-visible-problem-article/

If the label looks and/or prints differently after moving it to another computer, we recommend checking the following most common problems:

Was this article helpful?

Need Help?
Click the link below to submit a support ticket
Submit Ticket
This site uses cookies to enhance your user experience. Find out more.